Because I love birds...

I just had to put up one more post about the many gorgeous birds we saw while in Florida. It was so much fun to watch my family get excited when we spotted a new bird.  I think they have caught my bird-fever!

If you are a bird-lover, you will enjoy this one!!

We saw a number of different herons either right at the mainland dock that we used or on the beach. 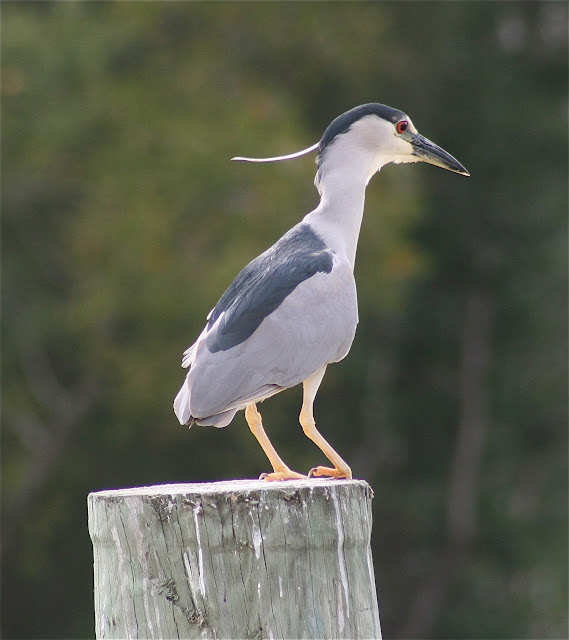 Black-crowned Night Heron - they normally stand hunched, but extend their neck like this one when hunting. 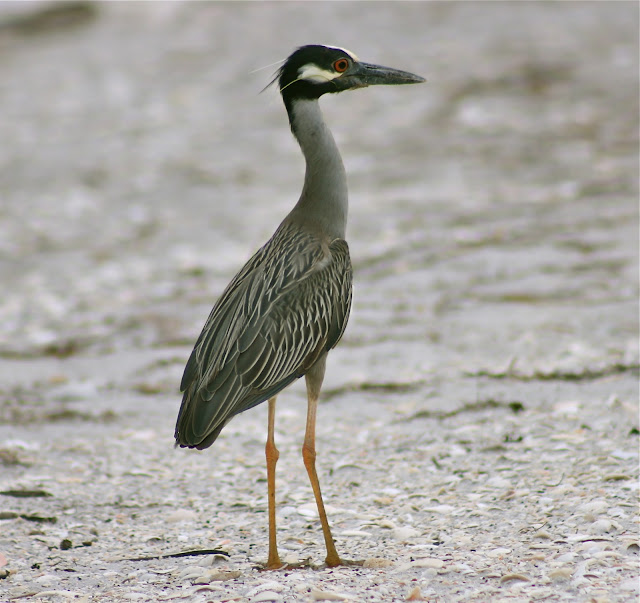 Yellow-crowned Night Heron - apparently these may wander into the lower Great Lakes or Ontario after breeding season! 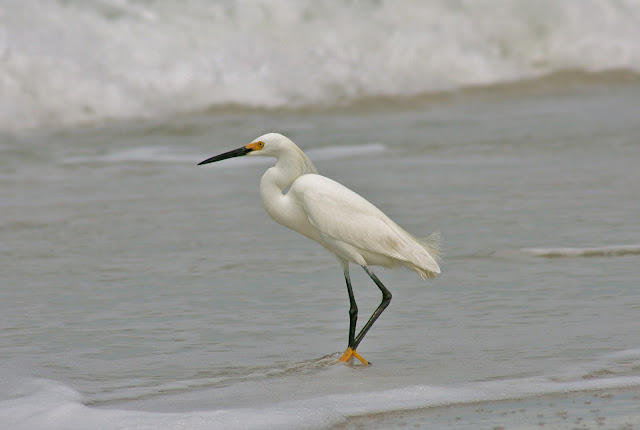 Snowy Egret - we often saw one or two of these on the beach.  I love the yellow feet! 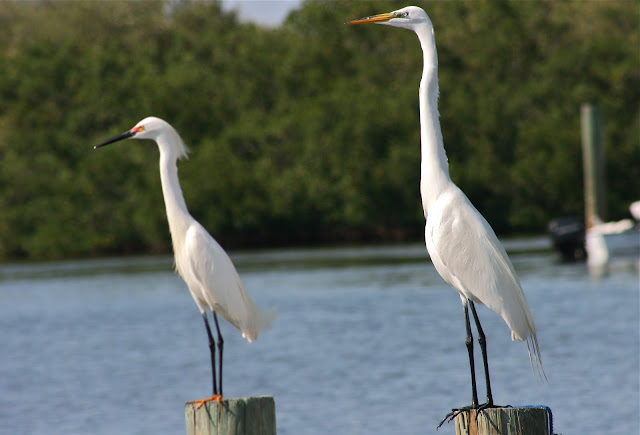 On the right is a Great Egret shown pictured here with a Snowy.  The Great Egret is larger than the Snowy and it has a yellow beak and black feet which is reversed in the Snowy Egret.  They are both so elegant in flight and while standing! 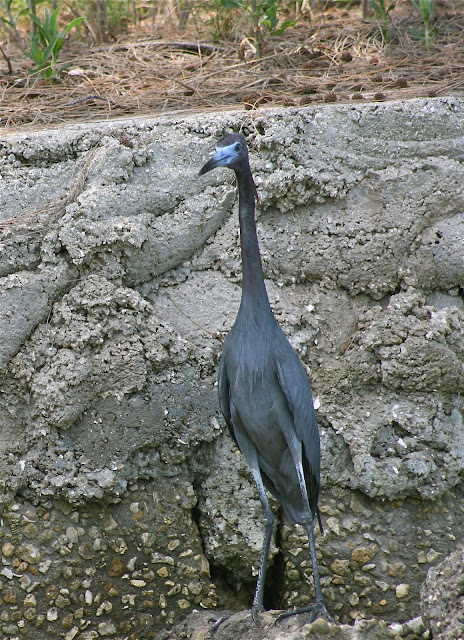 This is a Little Blue Heron. It is not actually little, but a bit smaller than the Great Blue Heron which is pictured next. 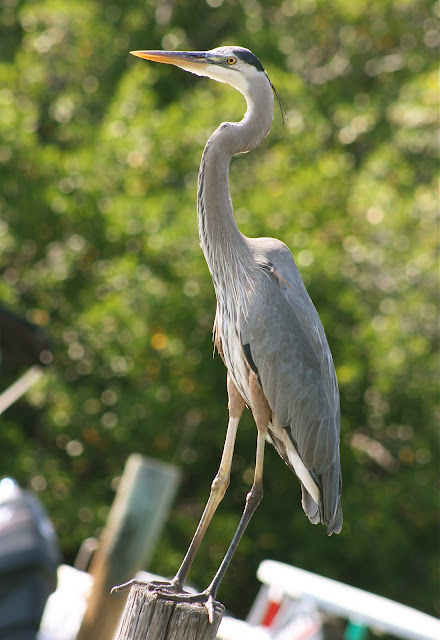 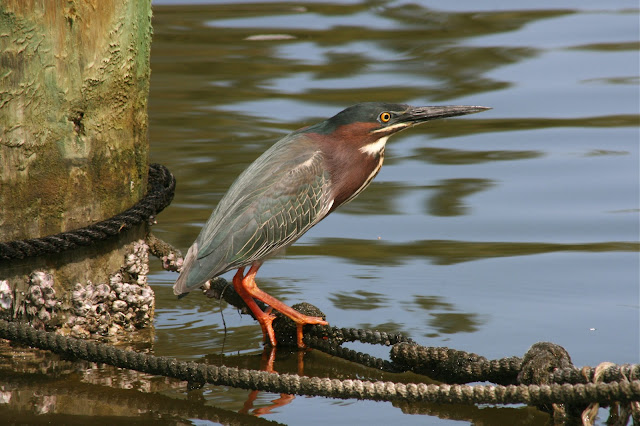 Green Heron - one of the smallest in the heron family.  It let us get very close before it jumped over to the other rope. 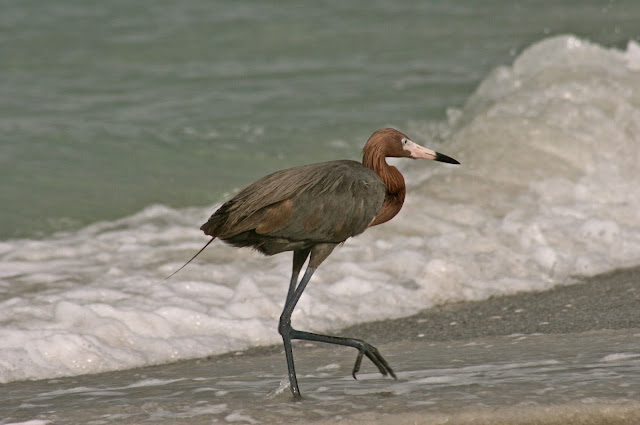 This is a Reddish Egret. (Actually, they are more brownish & greyish!)  This was a treat to see as there are only about 2000 pairs of them in the United States and most are in Texas. 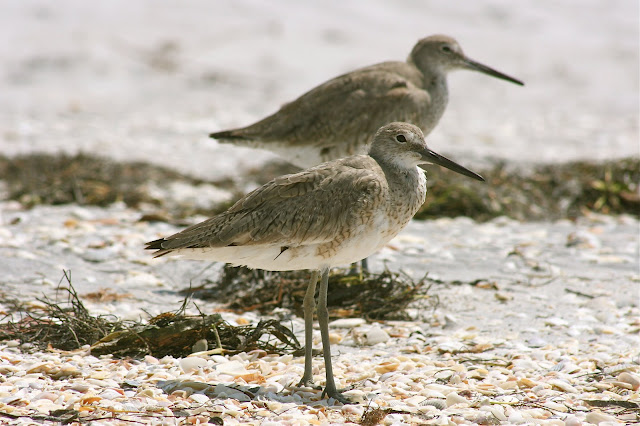 These are Willets and we saw them feeding daily on the beach at Little Gasparilla Island. 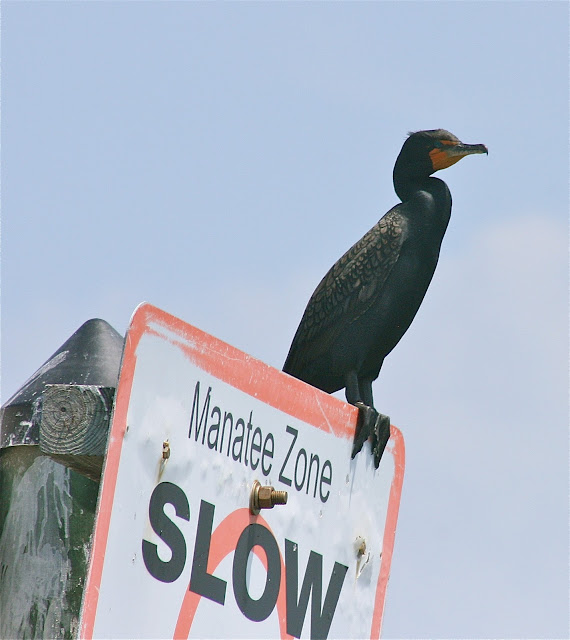 The Double-Breasted Cormorant was a common sight on the bay side of the island. 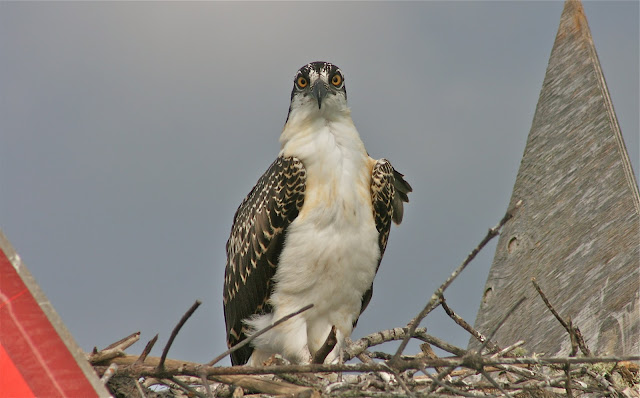 The Osprey are nesting and this one was not too happy about how close our boat was to the pole it had made its nest on (neither was I - but that is another story).

The next picture shows two Osprey parents in their large nest.  We saw several of these on the Island, and many in Florida in general.  At times we would see the Osprey circling about us with a large fish in its mouth - it appeared to be "showing off" its catch before it took it back to the nest. 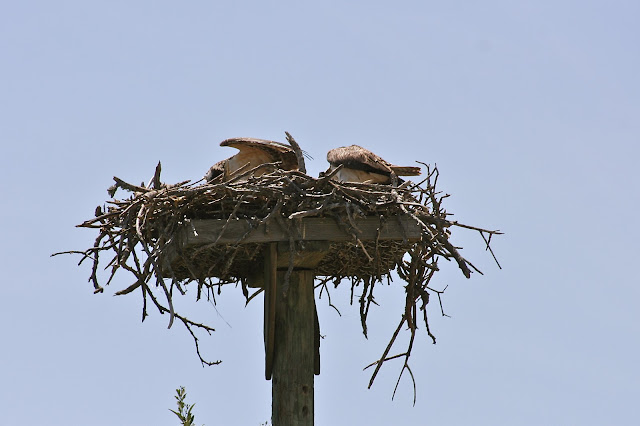 Osprey in their nest. 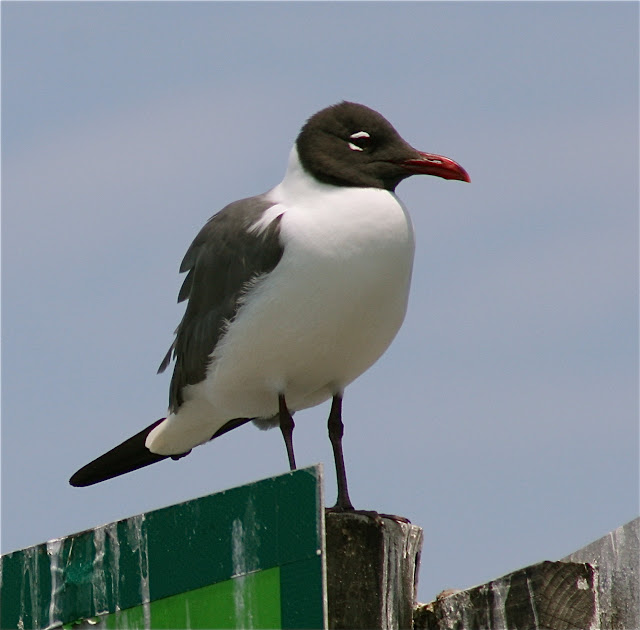 Laughing Gull - they really do sound like they are laughing! 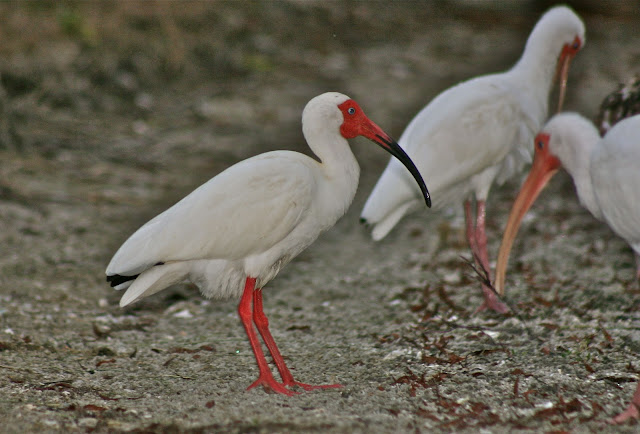 The beautiful White Ibis - there was a large group of these around a small pond on the Island. 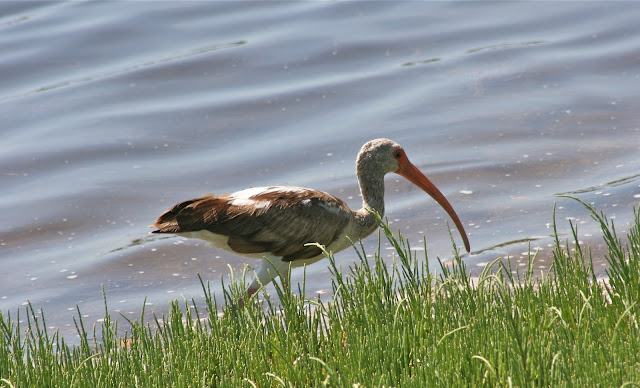 This is a juvenile White Ibis - it still has its more camouflage colours. 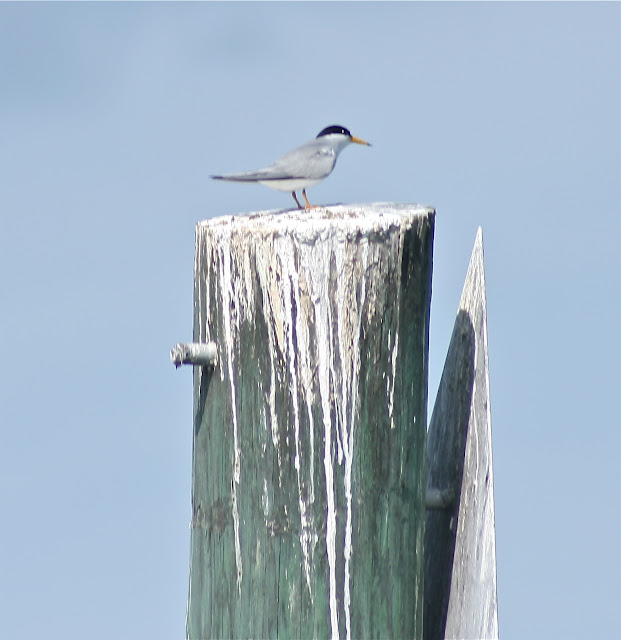 The Least Tern - Florida's smallest tern.  It was difficult to get a photo of them as they are skittish. But I was able to photo one of their nests well: 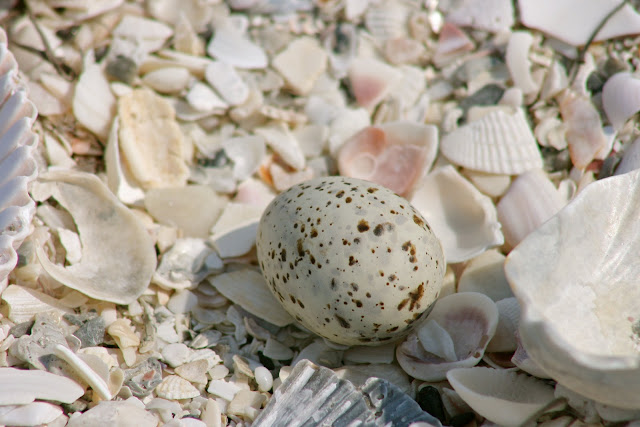 Amazingly, the Least Tern just lays its egg on some shells on the beach. We took our boat over to the Island beside ours, and there we met a man who was looking for their nests in order to rope them off to protect the eggs.  We likely would not have noticed the camouflaged eggs if he hadn't first pointed them out to us. 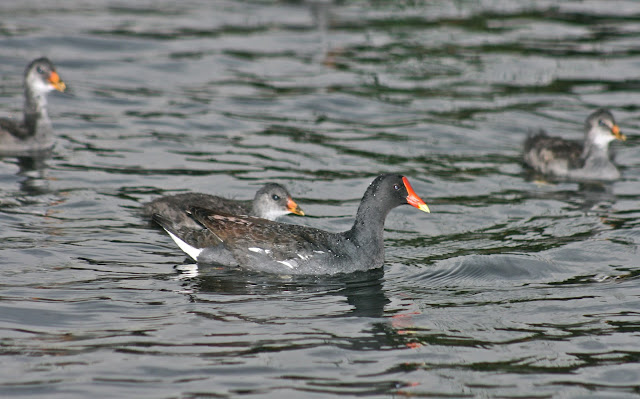 Common Moorhen - these birds were in the same pond that the White Ibis were gathered around. 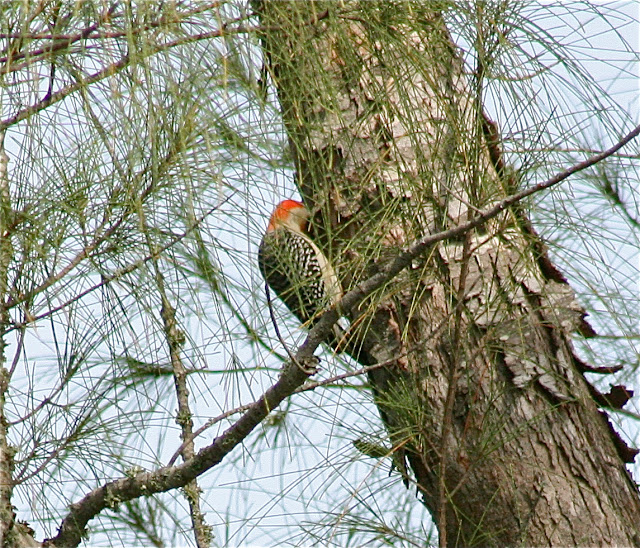 This is a Red-bellied Woodpecker. Its belly is only a little bit red, but apparently the name "Red-headed woodpecker" was already taken.  :) 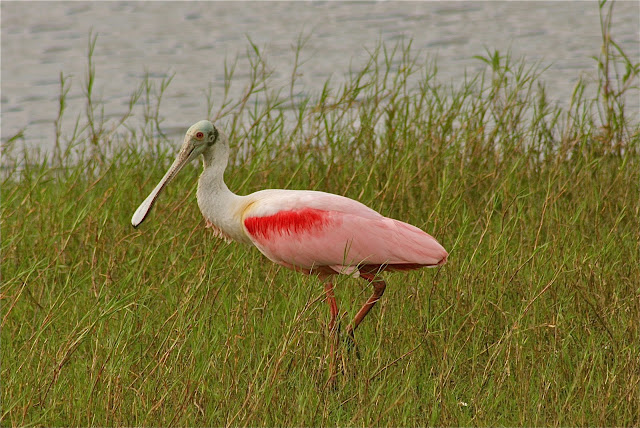 Roseate Spoonbill - this was perhaps my most exciting spotting.  We had hoped to see them while in Florida and only saw them on our way out, at a stop at Myakka River State Park.  Here is another picture of this unique pink bird: 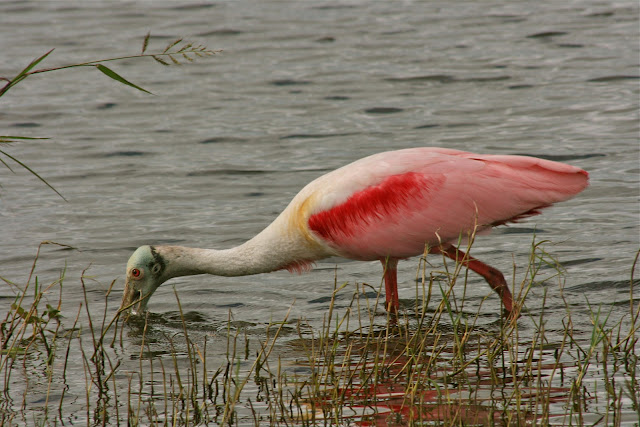 A Roseate Spoonbill feeding - they swish their heads back and forth with their spoon-shaped beaks open, searching for food. 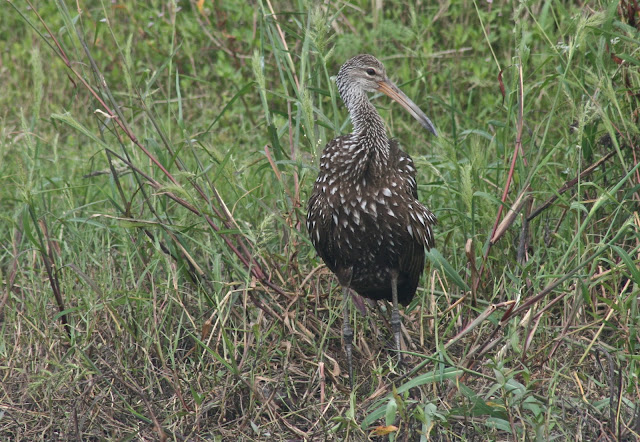 This is a Limpkin - in North America they are only found in Florida. 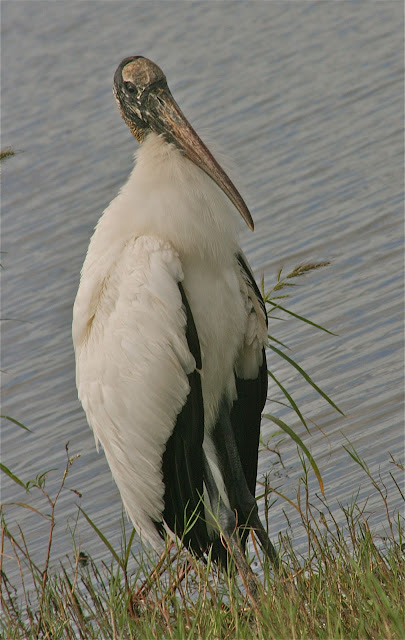 A Wood Stork - another Myakka treat (aside from the alligators that we also saw): 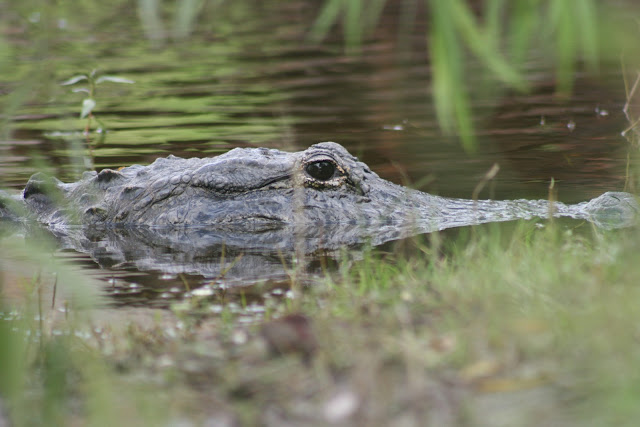 I know - it's not a bird, but I thought I'd throw it in anyhow.  This one really kept his eye on us, and we returned the favour!

We saw these Black Skimmers (a family, I think) in South Carolina on a little drive to the Atlantic.  It was an unexpected treat as I had been thinking the day before that I wished I had seen them!

Silvia
Posted by Silvia at 9:09 am

Email ThisBlogThis!Share to TwitterShare to FacebookShare to Pinterest
Labels: how we home school, in nature, with my camera, with the birds

Silvia
Ottawa, Canada
A wife, a mother, a friend, an artist. A woman who is intoxicated by the love of Jesus.